A Book of Conquest 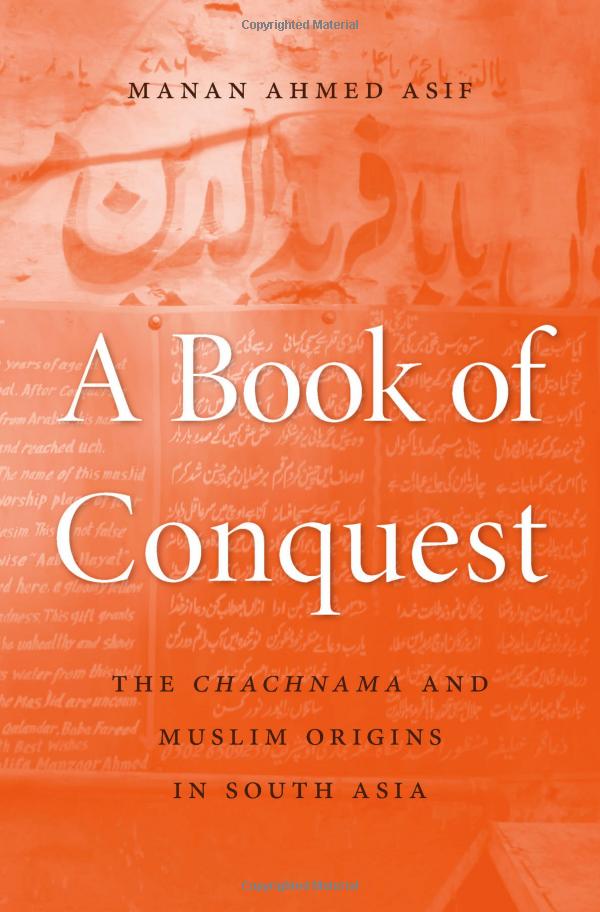 The advent of Muslim communities in South Asia has been an evolving and rather complex development and there is nothing exceptional or abnormal about it. Unlike changes at the top or at state level, societal transformation go beyond personalities and selective denominators, due to a multitude of factors and forces. In that sense, Islam’s inception in the Indus regions has been ironically reduced to a single year, 712, and to a single development, which is the conquest of Sind by the Umayyad general, Muhammad ibn Qasim. This narrative is reductively based on selective readings of some early sources, most importantly the Chachnamah, which appears to have anchored three parallel historical interpretations with their respective, and often insidious, impact across South Asia at the societal and official levels. Following Madhav Golwalkar and other Hindutva proponents in recent years, Indian nationalist narratives cite this book to equate Muslims with Arabs in order to drum up their foreignness (non-Indianness). Simultaneously, for different reasons, but like their Hindutva counterparts, several Pakistani nationalist historians and Islamist ideologues have construed Ibn Qasim’s conquest of Sind as the very beginning of Islam in Al-Sind and then in Al-Hind. The pre-712 civilisational past, persistent socio-cultural plurality in India and the multiple factors anchoring Islam across India are fervently missed out by these two parallel discourses.