A Carpet Ride to Khiva 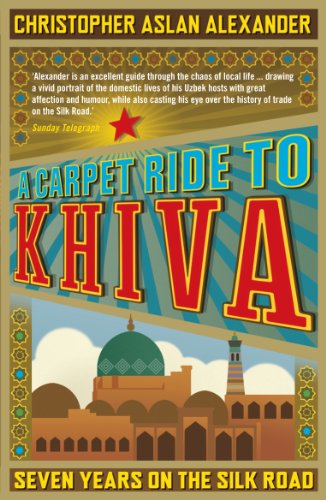 A Carpet Ride to Khiva
Seven Years on the Silk Road

For centuries, heavily burdened with precious goods, camel caravans trekked the Central Asian Silk Road – the life-line and nerve-centre of large-scale trade and commerce of classic Islamic civilisation. Timurlane (d. 1405), one of history’s greatest and most brutal conquerors, who is alleged to have killed more people than Hitler and Stalin combined, nevertheless made Bukhara and Samarkand one of the world’s most splendid and beautiful examples of Islamic architecture and flourishing centres of arts and sciences. The 19th century brought steep cultural decline climaxed by the despotic rule of the Russian Tsars. Seventy years of Soviet Communist rule took a terrible toll, so much so that its sudden collapse brought no relief to the Muslim population from the cruellest persecution of Islam. The land that once produced such giant Muslim luminaries as al-Bukhari, Ibn Sina and al-Biruni, is now in comparison a sterile spiritual and cultural desert waste.