A Guide to Refuting Jihadism 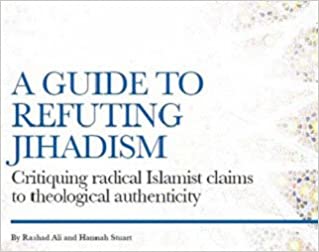 Khurram Murad made a very insightful observation when he wrote: ‘The West has the power over language and over the defining of issues. How you define an issue, and in what language, determines to a great extent, the outcome of a debate. Religion is what the West has experienced, understood and defined as religion; so are state, politics, society and individuals. We are forced to talk and debate in Western language. The language clinches the argument: is not religious faith personal, a private affair; is not its goal transcendent, not worldly; does not theocracy lead to despotism and violence?’ [The Islamic Movement: Dynamics of values, power and Change. Leicester: The Islamic Foundation, 1984. p. 27. Thus, in recent times, words like Islamism, Islamist and now Jihadism are coined to criticise and disparage Islam under the guise of academic objectivity. The authors have defined Islamism ‘as a political ideology which sees Islam as a complete socio-political system…’ (p. 14) This is precisely the result of understanding Islam as a religion or faith in the Western sense of religion, whereas Islam in addition to its spiritual, ethical and moral code of life also covers social, economic and political power. Recently much has been made of Sufi Islam which is presented as the most acceptable form of Islam.