A History of Early Al-Andalus 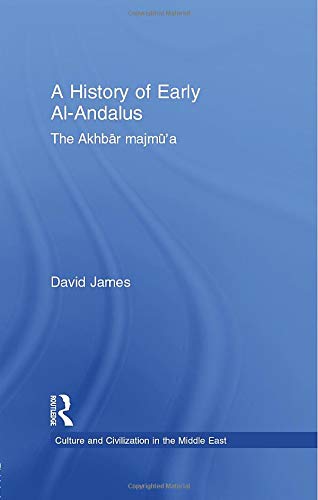 A History of Early Al-Andalus
The Akhbar Majmu'a

Sitting near the Qarawiyyin Mosque and looking over the minaret of Moulay Idris’ Zawiyah in Fez and reading the Akhbar Majmu[ah certainly assumes unique meaning and context. It was here that the Berber, Arab, Andalusian and Sub-Saharan traditions and peoples met within an Islamic context and, joined by the Jews, they established uniquely plural states and societies which, following the annexation of the Iberian Peninsula, flourished for several centuries. Subsequent upon the Umayyad conquest of Andalusia, as it was called by the Maghribis and others, North Africa and the North Mediterranean regions developed closer affinities with each other, even if they were not always without acrimonies. During the early phase, this conquest allowed Muslims and Jews to migrate into the former regions while, during the later civil wars and then the Reconquista, these processes were reversed with their descendants being expelled from Spain. Just like the Muslim and Jewish expulsions from Sicily and Bari, these large Andalusian communities had to find shelters in Moroccan cities like Rabat, Salé and Fez and further east in present-day Algeria, Libya and Egypt. Hundreds of thousands of Spanish Jews were welcomed by the Ottomans and thus rescued from annihilation. Many Muslims, following their forced conversion to Catholicism, were also allowed to continue living in Spain but only under exclusive strictures. Their lifestyles and mobility remained quite proscribed and under suspicion until, amidst large-scale violence their descendants were expelled totally by the mid-Seventeenth century. Spain henceforth became avowedly monocreedal.