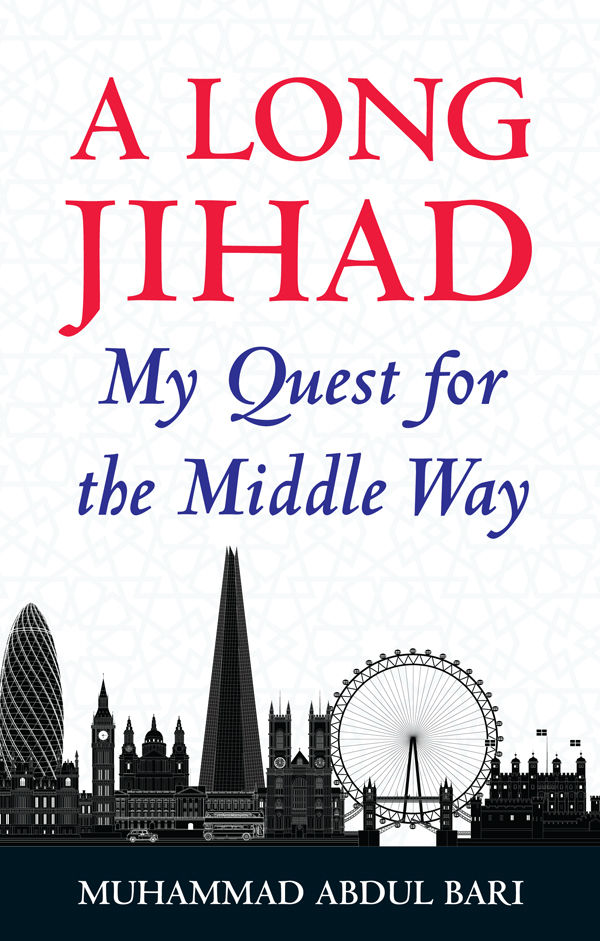 A Long Jihad
My Quest for the Middle Way

In this memoir, the author mainly describes his arrival to and life in Britain – which he has fondly adopted as his homeland – as well as his enthusiastic embrace of voluntary community work, the challenges it entails and the pleasures it offers. His odyssey (what he terms ‘jihad’ or ‘quest and effort’ in the book) represents his most determined and natural human striving towards self-realisation in a new ethno-cultural landscape and becoming a respected member of its community. His story is one of openness, successful acculturation and development of national identity of a British-Bangladeshi professional, especially in terms of social commitment and integration. Abdul Bari, in this respect, embodies a connection between most first-generation British Muslims and their descendants. He states: ‘I have endeavoured to bridge two worlds all my life: between the ‘old guard’ Muslim elders and the newer generations, between factions within communities as well as between ethnic and religious communities’ (p. 5). His narrative makes a strong statement against resistance and inability to integrate into, and adapt to, a Western host country