A Modern History of the Ismailis 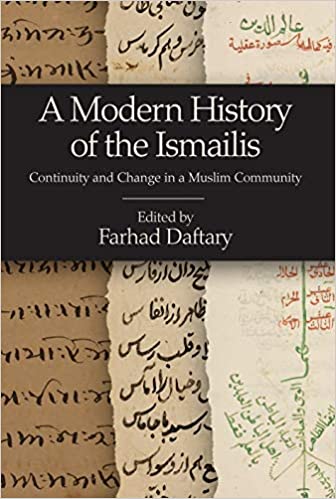 The Ismaili community (or perhaps ‘communities’ would be a more apt description) is the Cinderella of popular journalistic interest. Few non- Muslims know much about them, save perhaps that the well-known journalist Yasmin Alibhai-Brown springs from their community, and that the Aga Khan, famous for his racehorses and for the fact that his father was married for a time to the Hollywood actress Rita Hayworth, is their most public figure. Much of this comes down to the fact that modern political Islam is not associated with them. The last-mentioned feature is related to another factor: generally, mainstream Sunni and Twelver Shi[ah communities tend to reject the Ismailis as authentic Muslims, looking upon them in the same way as Evangelical Christians regard groups like the Mormons or Jehovah’s Witnesses. This has frequently – and in our own day – led to discrimination and persecution, but also to a lack of public awareness in the West to the importance in history of the Ismailis.