A System of Life 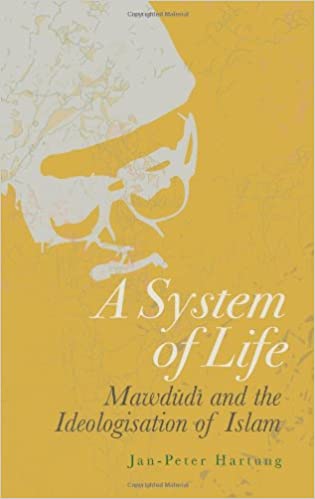 A System of Life
Mawdudi and the Ideologization of Islam

In an intellectual climate when western scholars are talking about The Failure of Political Islam (Oliver Roy, 1994) and Islam and the post-Islamic (Asef Bayet, The Coming of a Post-Islamic Society, 1996), it is refreshing to see a serious research work on the impact of scholar who is not from the Middle Eastern or the Arab world. Hartung has very ably tried to reconstruct the thought system of Sayyid Mawdudi, using Daniel W. Brown’s prism of modernity. He argues ‘[for] Mawdudi to cast Islam into an ideology appeared therefore to be a most appropriate way to relate Islam to the contemporary and heavily western dominated-context in which he was living, while at the same time, retaining the retrogressive method of affirming authority’ (p. 6).

The early part of the book presents an overview of the intellectual climate into which Mawdudi was born. Mawdudi’s ancestry is traced to the house of the Prophet (blessings and peace be upon him) as well as to a well-known shaykh of the Chishti Sufi order, Khaja Qutb al-Din Mawdud of Chisht (d. 577/1182). The major contribution of the work under review is providing a glimpse of Mawdudi’s system of thought and the understanding of Islam as the way of life and not just as a way of life. Hartung tries to understand the role of Mawdudi’s early writings in 1931 and their impact on his later thought.