A Treasury of Hadith 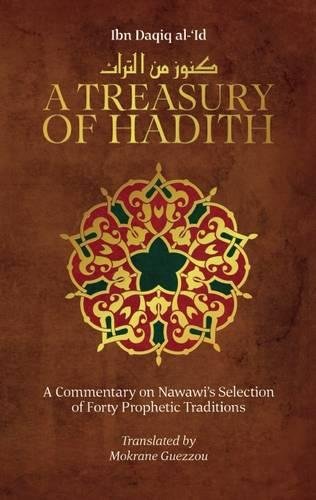 One may guess that al-Nawawi’s selection of forty ahadith next to the Qur’an is the very book most frequently found in Muslim homes. It follows a tradition going back to [Abd Allah ibn al-Mubarak, followed by no less than twelve others, including al-Tusi and al-Sabuni. While some other historical hadith collections focused on law, jihad or sermons of the Prophet, al-Nawawi’s one covers all major aspects of the Islamic faith. The forty ahadith, taken mostly from the Sahih of Muslim and al-Bukhari, have been translated, and continue to be translated, into virtually every language spoken on our planet. The most recent German version, Das Buch der Vierzig Hadithe/Kitab al-Arba[in came out in Frankfurt as recently as 2007 (Verlag der Weltreligionen). Rightly so, the collection is considered to be an authoritative introduction to key Islamic principles and teachings, axial to the entire Islamic faith, like ‘Acts of obedience result from inward assent’. (p. 27) Imam al-Nawawi, renewer of the Islamic faith in the 7th century Hijri, is believed to have died in 1277 C.E. Ibn Daqiq al-[Id (d. 1302) his young contemporary, was a Shafi[i mujtahid, educated in Damascus and Alexandria. The version under review does not list the chains of transmission, supposedly in order to facilitate memorization. Intelligently and with great learning it discusses each tradition in depth after giving its text both in Arabic and English. With its gold impregnated cover the booklet is bound to become a book collector’s darling.