A Treasury of Rumi 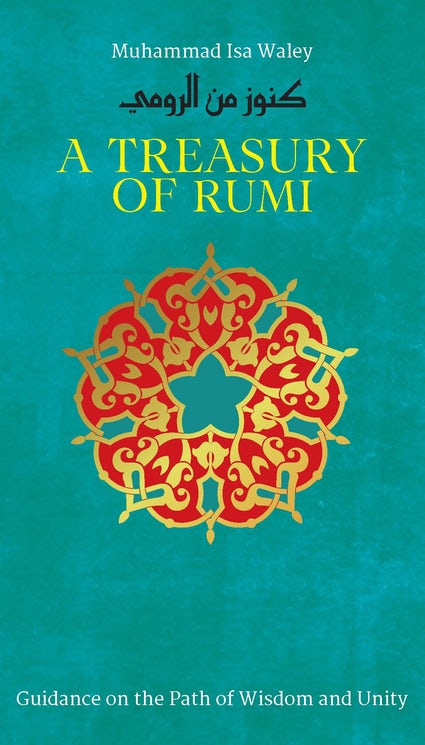 This collection of A Treasury of Rumi includes selections of poetry and prose works of Rumi. The love poems, which include more than three thousand lyrics and odes dedicated to Rumi’s spiritual master Shams-i Tabrizi entitled Divan-i Shams, Kulliyyat-i Shams or Divan-i Kabir remains an inspirational source in Sufi literature and Persian classical poetry. Isa Waley also selected several poems from Rumi’s magnum opus the Mathnawi, which is written in rhymed couplets and comes in six books containing around twenty-six thousand verses. Finally, the author offers his commentary on some passages from Rumi’s prose works, including his discourses entitled ‘In it, what is in It’ (Fihi Ma Fih), which comes in seventy-four chapters (fasl) and his sermons collected in a volume known as ‘Seven Sermons’ (Majalis-i Sab[ah).

Several translators and scholars such as Nicholson, Arberry, Lewis, Chittick, Nasr, Schimmel, Mojaddedi and Thackston have embarked on translating Rumi’s large body of lyrics and prose works. Nicholson translated the entire Mathnawi in classical English, while Javed Mojaddedi and Allan Williams are in the process of providing a more modern translation of the Mathnawi, which could be more accessible to the contemporary readers. Arberry and Thackston translated Rumi’s discourses and seven sermons into English. However, to this date Rumi’s Divan has remained largely untranslated in English. Nicholson’s Selected Poems from the Divan-i Kabir, which contained the translation of forty- eight lyrics and Arberry’s Mystical Poems of Rumi, which contained four hundred Odes, are the most extensive work to present the Divan in English.