A World of Beasts 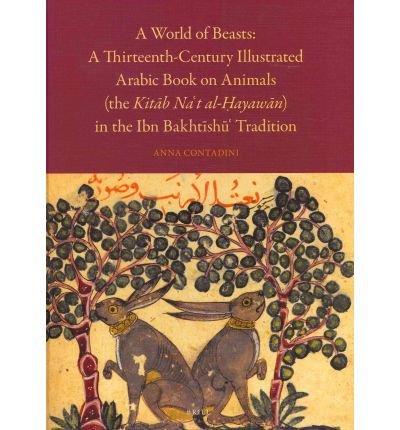 In this fascinating study, Contadini explores the history of this important 13th century manuscript. Contadini has authored a number of articles and monographs on the illustrated tradition of the Arabic manuscript. This new work is another fine example of her versatile scholarship on codicology and the painted manuscript. The monograph comprises eight chapters, three appendices, colour plates, a catalogue of the paintings of the Na[t, bibliography and index. Most impressive are more than 40 pages of colour plates about the numerous animals depicted in the manuscript, all of which have been carefully annotated. The Kitab Na[t al-Hayawan has been housed at the British Museum since 1884, first appearing in a catalogue ten years later. The manuscript has received scant attention over the years, much of which kept separate the text from the images. However, Contadini has successfully avoided this shortcoming. Her analysis provides an excellent overview not only of the scholarship involved in this manuscript’s history, but also manuscripts of a similar time frame and nature, such as the Ikhwan al-Safa and the Kitab al-Aghani. In providing the historical context of the Na[t, Contadini has well situated the work to explore some of the different philosophical dynamics that may be gleaned from the text and its images. Moreover, Contadini provides a detailed overview of the Na[t noting that ‘the Na[t is a hybrid text, expressly so, the product of a richly mixed cultural milieu open to various scientific and artistic currents’. (p. 8)