Allies with the Infidel 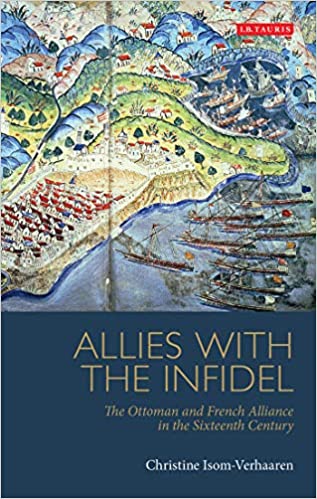 In July 1543, an Ottoman fleet appeared off the coast of France to bombard and lay siege to the city of Nice. The operation, under the command of Hayreddin Barbarossa, came in response to a request from Francois I of France seeking naval and land military assistance from Sultan Suleyman the Magnificent in France’s struggle against Charles V, the Habsburg Holy Roman Emperor and King of Spain. The alliance was an opportunity for both rulers to fight against the power of the Habsburgs. The objective for Francis I was clearly to find an ally in this struggle, although this policy of alliance was in reversal to that of his predecessors. The pretext used by Francois I to seal such an alliance with a Muslim power was the protection of the Christians in Ottoman lands. For his part this entry into European conflicts corresponded to the ambitions of Suleyman in Europe giving him incentives to annex other territories such as Hungary as well as the prestige of being in alliance with such a country as France, which would give him greater legitimacy in his existing European dominions.