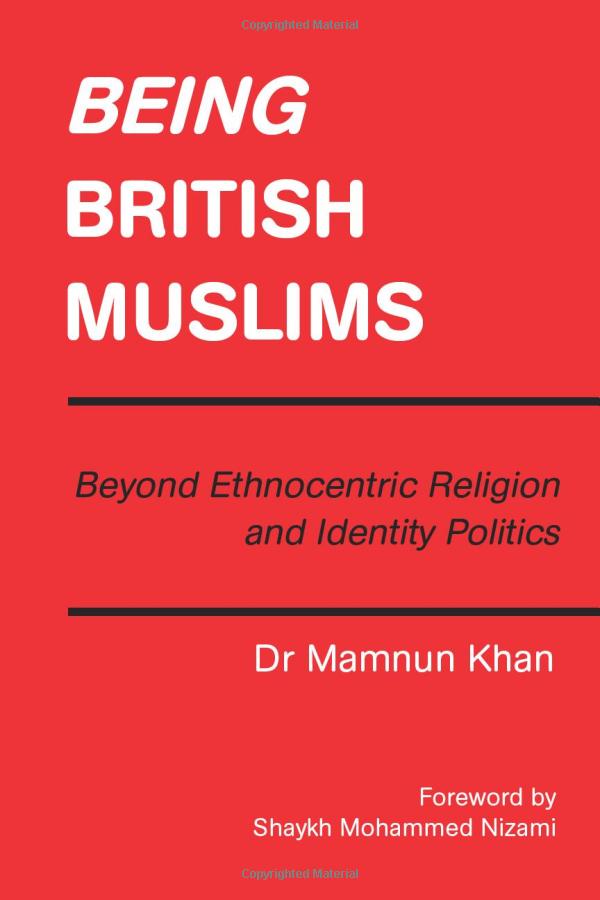 Being British Muslims
Beyond Ethnocentric Religion and Identity Politics

The humble shalwar kameez and turban are under fire. Such articles of clothing, alongside far more egregious examples, are part of the edifice of ‘ethnocentric religion’ (p. 65). Ethnocentric religion, the author argues, has prevented today’s British Muslim community from advancing the society it finds itself in. This is allegedly historically unprecedented; whenever Islam has found its way to new cultures, it advances the civilizational strength of its new setting. To enable British Muslims to make good of the precedent set by their distant forbearers, Dr. Khan argues that British Muslims must consciously adopt ‘theocentric religion’, as opposed to ethnocentric religion. In support of this thesis, Dr. Khan has assembled an anthology of essays he has written over the past few years, which are loosely banded into three areas; ‘Faith, Reason and Progress’; ‘Religion in Society’; and ‘Integration and Identity Politics’, followed by a seven-point call to action for British Muslims.