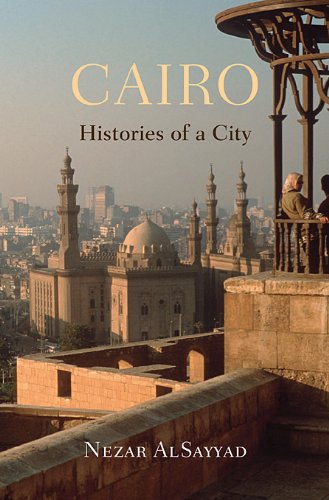 Cairo
Histories of a City

Egypt once again is in turmoil, at war with herself and marching towards an uncertain future. Cairo, the capital of the realm, the jewel of the Nile, is a house divided, restless, rebellious and under siege. However, it also needs reminding that the Egyptian metropolis represents a stable, perhaps enduring, urban phenomenon and an important landmark of human history, ancient, medieval or modern. AlSayyad’s gem of a book, a profusely illustrated panorama of the 3000 years of architectural and urban history of Cairo, is a boon for scholars, students and book-lovers alike. It is an initiated text that is quite accessible, both informative and entertaining, a delight to read and a joy to behold. The recollection of Cairo’s glories and misfortunes, the birth and death of its dynasties, the rise, collapse and restoration of its monuments, the onslaught of alien modernity and the misery of traditional defence, the romantic lure of a medieval town and the dismal realities of a modern megapolis, are all found in this colourful biography. Indeed, Cairo, Histories of a City tells the story of a whole civilisation that straddles all the continents of the old world, Asia, Europe, Africa.