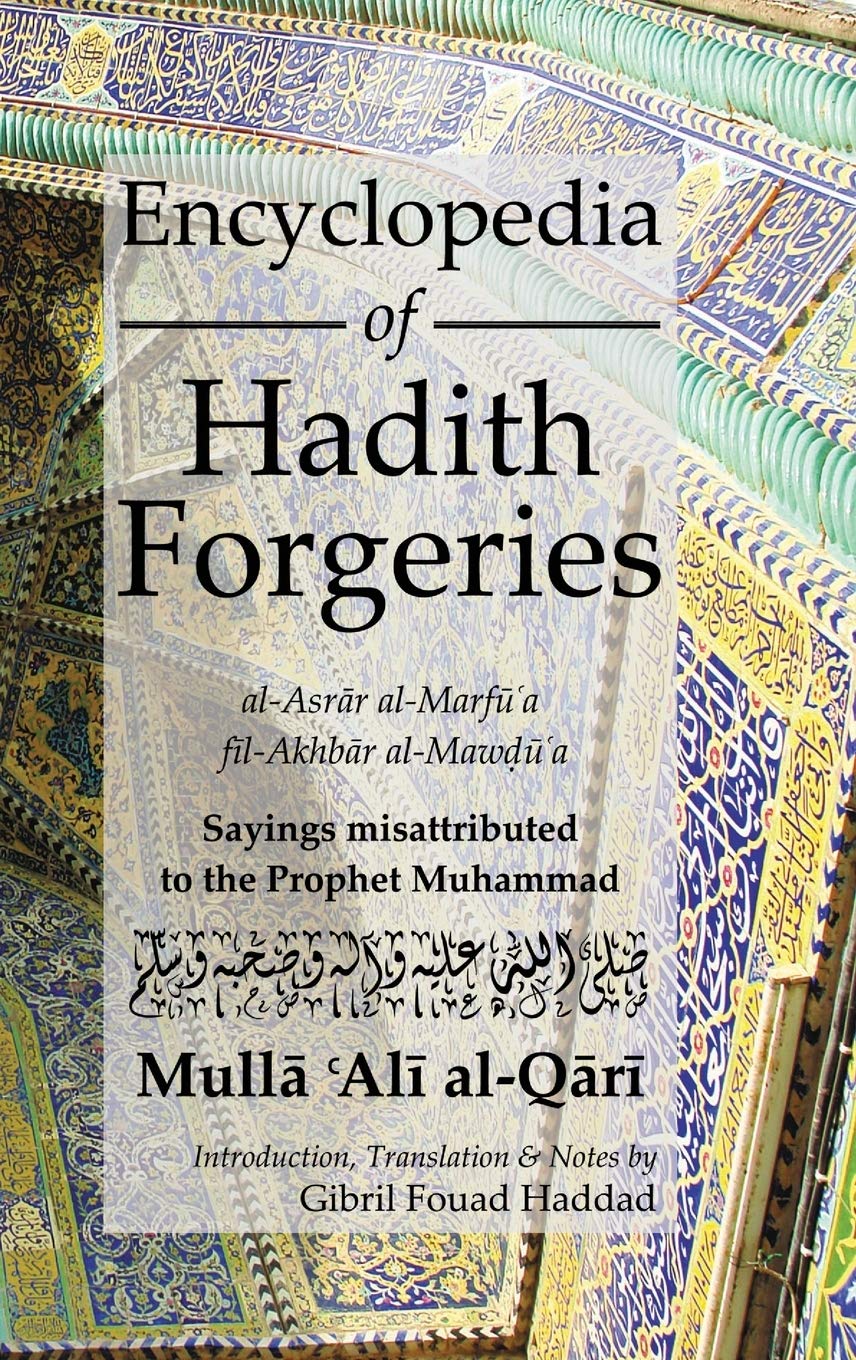 Encyclopedia of Hadith Forgeries
Sayings Misattributed to the Prophet Muhammad

Hadith experts have spent many decades recording and documenting ahadith from all over the ancient Muslim world. The documentation of Hadith was not restricted to the collection of authentic Prophetic traditions. Rather, while some Hadith experts pre-stipulated in their methodology the collection of only traditions which were qualified as rigorously authentic, others sought to collect false traditions attributed to the Prophet Muhammad (peace be upon him). It is well known in Islamic history that soon after the death of the Prophet Muhammad the Muslim community faced social and political turmoil. Amidst this turmoil opportunists belonging to the various theological fractions attempted to forge Prophetic statements in order to support their claims. Much work has been done in Arabic regarding fabricated Hadith, but the book under review is the first work in English that deals with this issue extensively. The book is divided into three parts. In the first part the author deals with multiple introductory issues related to the sub-discipline of Hadith forgeries. He starts off with a discussion on the various motivating factors which led to the forgery of Prophetic sayings, followed by a terse yet focused discussion on the infamous Hadith forgers with the aim of providing the reader with of a flavour of some of the most notorious figures behind Hadith fabrication. Part one concludes with a detailed look at the typology of forgeries, some of the classical and contemporary scholarship in Hadith forgeries, before ending with a brief biography of Mulla [Ali al-Qari.