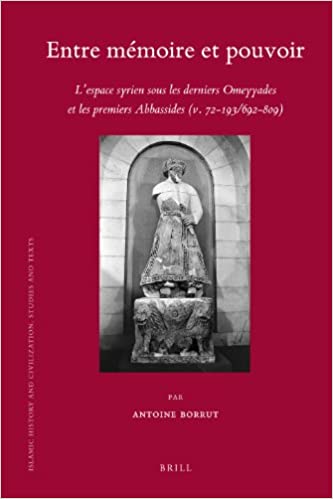 Borrut, in his mid 30s already assistant professor of Islamic history at the University of Maryland and considered a ‘passionate teacher’, first attracted attention with his contribution to the voluminous book on Umayyad Legacies (Brill 2010). At this young age and to have two volumes published under Brill’s prestigious red cover is a great achievement.

The book under review, also a voluminous tour de force, focuses on 117 crucial but largely undocumented years of Umayyad and Abbasid rule, i.e. from the building of Jerusalem’s Dome of the Rock to the death of Caliph Harun al- Rashid.

The German Orientalist Gernot Rotter was able to prove that Syria in the 8th century had known a number of authors whose writings have since been lost. In fact, for this period no narrative sources were preserved, due to an Abbasid strategy of neglect. (p. 59) Worse, the writing (or rather re-writing) of Syria’s history, an eminently political task, was manipulated by its Abbasid victors, including al-Tabari (d. 923), who needed a ‘convincing past’. (p. 4)