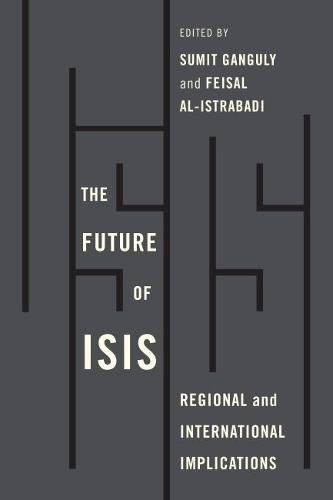 On March 22, 2014, the White House issued an official statement announcing the military defeat of the Islamic State of Iraq and Syria (ISIS), a Salafi Jihadist group. Five years later, on October 27, 2019, President Donald Trump announced the killing of Abu Bakr al-Baghdadi, the self-styled amir al-mu’minin of ISIS in a military operation by US Special Forces. The destruction of ISIS military forces in Syria and Iraq marked the defeat of the Caliphate, which was proclaimed by Abu Bakr al-Baghdadi on June 29, 2014. However, the military defeat of ISIS and the killing of its leader did not signal the end of ISIS as a threat to the world. For example, the ideology of ISIS still appeals to thousands of its supporters and sympathisers living in different parts of Africa, Middle East, South and Southeast Asia. Additionally, more than 12,000 former ISIS fighters, which include 2,000 from Indonesia and Malaysia, have the potential to become threats not only to their respective homelands, but to other countries as well. Former foreign ISIS fighters and their family members, many of whom are still very loyal to ISIS and do not hide their hostility towards the existing international order, could also pose a threat to the security of regional and extra-regional states. Threats emanating from ISIS affiliate terrorist groups such as Maute and Abu Sayyaf originating from Mindanao in the Philippines should be considered a more serious threat. In October, 2017, Maute successfully demonstrated its prowess when it captured and occupied Marawi, the capital of the Lanao del Sur province in the Bangsamoro Autonomous Region of the Philippines, and held it for five months. The capture of Marawi was the first time a Southeast Asian city was occupied by a terrorist group which declared its loyalty to ISIS. This occupation bolstered, albeit temporarily, their hopes to establish a wilayah, or province, of the Caliphate in Southeast Asia. Media reports suggested that many former ISIS fighters who managed to escape from their Kurdish captors in Syria joined the Abu Sayyaf group in the Philippines.