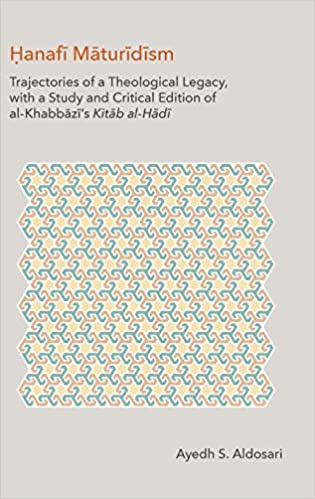 HANAFI MATURIDISM:
TRAJECTORIES OF A THEOLOGICAL LEGACY, WITH A STUDY AND CRITICAL EDITION OF AL- KHABBAZI’S KITAB AL-HADI

Maturidism is one of the classical schools of Islamic theology that emerged in the 10th/11th century in Transoxiana and then spread to latter-day Turkey, Afghanistan and India. The school is generally considered to be a variant of Asharism which arose in response to two extreme theological positions ascribed to the Mutazilis and Traditionalists. The latter insisted on an exclusivist adherence to sacred texts in matters of creed, while the former placed primary importance on reasoning and philosophical argumentation. Both the Asharis and Maturidis sought to strike a middle position and came to adopt an approach that was common in many important respects, notwithstanding a number of significant differences that mark them as two distinct schools.