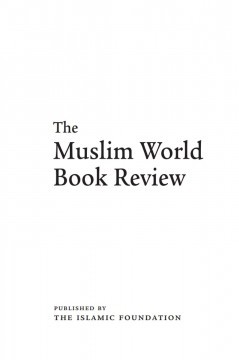 Ben Ahmed’s excellent critical edition and study of Ibn Tumlus ‘short’ compendium of logic (at an impressive 500–odd pages one wonders what a ‘larger’ work would look like!) is long awaited. The work, aside from its intrinsic value as a testament to logic from Islam’s western frontiers, does much to correct the long-held assumption that philosophy died with Ibn Rushd who was intellectually survived by only one or two major students. Such a conclusion is no longer tenable, ‘not merely “grossly exaggerated” but simply false’ (p. 1). Ben Ahmed does much to provide essential information on the scholar’s life, mentioning his erudition in philosophy, grammar and poetry, and especially the Greek intellectual heritage. He confirms that Ibn Rushd was his primary influence in terms of direct teachers. The work demonstrates that its author read Ghazali’s works on logic, as well as those of Farabi and Aristotle. In the Books of Rhetoric and Poetics (which make up the latter part of the present Mukhtasar), Ibn Tumlus demonstrates his expertise in Arabic literature and poetry. He clearly had access to a rich and well-populated library in addition to his intrinsic genius and deep reflection on the subject.