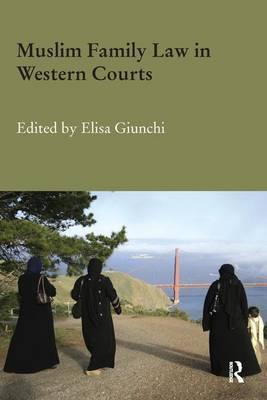 The speech delivered by the former Archbishop of Canterbury in 2008 about the Shari[ah was widely interpreted as an endorsement of Shari[ah law in the UK. Recent interest in Muslim law in the West has also gained academic impetus. Perhaps the multitude of personal law cases referred to the courts offers one dimension of how Muslim life has become so well rooted in Western societies. Muslims see themselves as citizens of the West and, quite normally, their social disputations are also referred to Western courts. At the same time, the importance of the religious element in the lives of Muslims cannot be ignored, and that is exactly where the problem lies. To what extent can Shari[ah law be accommodated by Western courts? The book under review focuses on Islamic family law as interpreted and applied by judges in various ‘western societies’ such as Europe, Australia and North America. The various contributions in the book under review by different practitioners and academics attempt to discuss how some of the contentious issues relating to marriage, such as consent, the age of spouses, dower, polygamy and divorce, are adjudicated. They do this by looking into court transcripts and observations. The solution proposed by different legal systems are reviewed, and some broader questions are addressed: how Islamic principles are harmonised with norms based on gender equality, how parties bargain strategically in and out of court, and how Muslim diasporas align their Islamic worldview with a Western normative narrative. Academic works on the Shari[ah in the West have been stimulated by proposals to recognise existing Muslim forms of arbitration and to create a parallel system for adjudicating personal status law disputes concerning Muslims.