Non-Muslims in the Early Islamic Empire 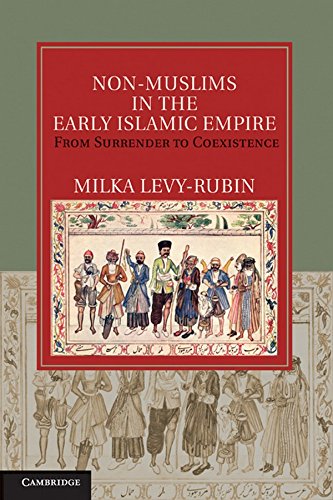 Non-Muslims in the Early Islamic Empire
From Surrender to Coexistence

Muslim-non-Muslim relationship is a topical subject in current times where this vast globe seems to look ever smaller, thanks to the great technological advancements in recent times. Although Islam celebrates the heritage of pluralism and relative peaceful co-existence with people of other faiths, it is increasingly subjected to attacks and controversy concerning its tolerance and acceptance of the Other. The book under review consists of five chapters. The first examines the agreements signed between the Muslim conquerors and the cities that surrendered to them. The authenticity of the contents of these treaties is explored. The author argues that the agreements were authentic products of the interaction between the Muslims and non-Muslim parties. The second chapter tries to establish that multiple and inconsistent agreements eventually led to one general set of rules which were imposed on the conquered subjects. This ‘general set of rules’ is what is known as Shurut [Umar. Chapter three focusses on the role of [Umar ibn [Abd al-[Aziz. It argues that the notion of the exaltation of Islam was applied in the agreements with the conquered non-Muslims through the concept of ghiyar. The ghiyar concept meant that non-Muslims had to display signs that would distinguish them from Muslims. Hence, non-Muslim subjects were not allowed to wear particular types of dress that upper class Muslims usually wore, or openly display their religious symbols. The content of this chapter is, more or less, a reiteration of Tritton’s and Fattal’s thesis that ghiyar was a later introduction by [Umar ibn 'Abd al-'Aziz.