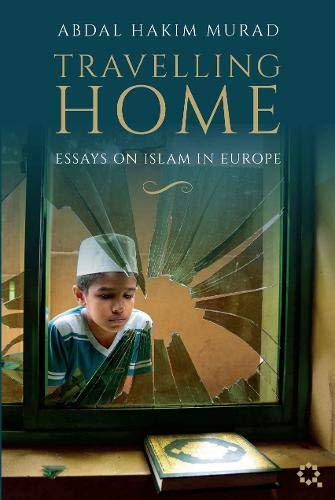 Abdal Hakim Murad is a major intellectual presence in Britain. Many may know him as Tim Winter, a lecturer in Islamic Studies at the University of Cambridge, or the person behind Europe’s first eco-mosque in Cambridge; or even as the driving force behind the Cambridge Muslim College.

Travelling Home: Essays on Islam in Europe is quite possibly the best book that people will never read. I hope I am wrong, because this is a gem; a very deep, occasionally biting but always extremely pertinent look at “Islam in Europe”, a Europe, the author says, for which the ‘Ishmaelites should aspire to be the spiritual repairman of the damaged and dysfunctional continental heart’ (p. 197). It is a Europe in which its “liberal-democratic… openness and inclusivity is now in full decline’ (p. 10).

This ‘set of polemical essays’ seeks to ‘explore and to theorise in the contemporary context’ the ‘natural and longstanding habit’ of Muslims migrating ‘Abrahamically’, whereby ‘every country… is a promised land’ (p. 2). The essays are ‘conceived in the context of an age of anxiety and declension’ (p. 9). Some ‘began life’ as lectures given across Britain and Europe from 2003 onwards (p. 11).