The Humanity of Muhammad 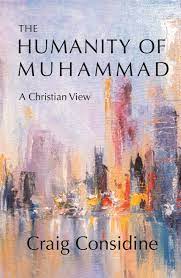 The Humanity of Muhammad
A Christian View

Amid the plethora of Western writings on the Sirah (the Prophet’s illustrious life and career), the book under review stands out on several counts. Although authored by an American Catholic of Irish and Italian descent, this book brings out cogently the Prophet’s greatness, his pioneering role in forging religious pluralism, his concern for equal rights and opportunities for all, his anti-racism, his emphasis on seeking knowledge for the benefit of mankind, his emancipation of women then reeling under injustice and oppression, his reinforcement of Prophet Jesus’s essential teachings and his unflinching commitment to the truth. In doing so, Considine surpasses some of the finest tributes to the Prophet (blessings and peace be upon him) paid earlier by few Western writers down the ages, ranging from Henry Stubbe to Goethe, Thomas Carlyle and, in our times, Rainer M. Rilke, R. V. C. Bodley, Michael Hart and Annemarie Schmimmel. At a time when Islamophobia is rife and Islam/Muslims are demonized, this book, which seeks to build bridges between the two major faith communities, Christians and Muslims, is highly welcome. Instead of harping incessantly, as the Western media and the majority of Western writers do, on the clash of civilizations, it marks the doors wide open for a ‘dialogue of civilizations.’ Considine deserves accolades for this noble initiative.